Deep Dives Premium Launched on iTunes! As you know, Deep Dives with Monica Perez has been available commercial-free on your favorite podcasting platform since its inception, however, the time has come to start running commercials simply to breakeven on production and other podcasting expenses. It’s a privilege to have the option to put ads in … Read more 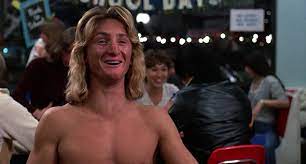 I’m not at liberty to recount this story in its entirety, but I felt the phrase belonged in our lexicon so here’s what I got. Someone I know and love tends to burn the candle at both ends. He is great at his job, but is also tons of fun – a bit too much … Read more

Deep Developments As you know, Deep Dives with Monica Perez has been available commercial-free on your favorite podcasting platform since its inception, however, the time has come to start running commercials simply to breakeven on production and other podcasting expenses. It’s a privilege to have the option to put ads in the feed – monetization … Read more 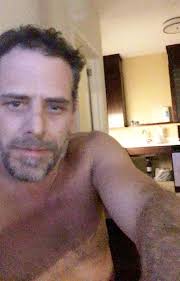 One definition of haystacking describes an assassination that is carried out through a mass-casualty event in order to mask the intended target (like maybe this plane crash.) I coined the term “salacious haystacking” for when a sex scandal erupts just in time to divert attention from genuine corruption, flooding the zone with lurid scandal instead … Read more

December Live Dives & Cocktail Parties! I try to do a Live Dive! every Wednesday at 11amPT/2pmET, if my guests can accommodate, but times do vary. You can always find the Live Dives on twitter and rumble and usually also YouTube, facebook & rokfin. Christmas Cocktails Conspiracy Party Live from the UK! Wednesday, December 21, … Read more

Recently, President Obama said he wanted a truthiness test for information. (To hear it, click the link and go to chronomark 1:00:00 and listen for about four and a half minutes.) I believe he was focusing on scientific information (climate change in particular, of course), but he made an interesting analogy with the news media.

We are going to have to rebuild, within this wild, wild west of information flow, some sort of curating function…

It used to be there were three television stations, and Walter Cronkite was there…generally people trusted a basic body of information…

This wasn’t quite as bad as it sounds out of context (almost!), but I recalled his words while reading the newspaper today and it made me think Obama was revealing a broader mindset that is about to be rolled out.

The first article I read was about a recent appearance by Melania Trump during which she, no doubt sweetly and innocently (I mean that, I’m not being sarcastic),

lamented an increasingly coarse culture in which users of social media, especially children, belittle each other.

“Our culture has gotten too mean and too tough, especially to children and teenagers,” Mrs. Trump said. “We have to find a better way to talk to each other, to disagree with each other, to respect each other.”

I didn’t think too much about Melania’s comments and didn’t put them together with Obama’s until later, when

Bonus Shows I will be traveling for two weeks over Thanksgiving and have some bonus shows to post: Chewing the Fat with Fat Mitch, a week of Buddy Dives and more! I promised I wouldn’t flood the zone on the Propaganda Report feed, but you can find all my content and only my content, commercial-free … Read more

I have always found that President Eisenhower’s expression “military-industrial complex,” which he coined in his farewell address (originally drafted as the military-industrial-congressional complex, but changed so as not to freak people out too much), seemed to over-emphasize the military aspect and under-emphasize the industrial aspect, which has morphed into a broader corporate aspect in any … Read more

Commercial-Free Deep Dives All in One Place! For all my stuff & only my stuff–Deep Dives, Buddy Dives & Dive Master Interviews–commercial-free!–please listen here at monicasdeepdives.com or on your favorite podcasting platform. You can find them ALL on my linktree page. Deepest Dive of the Month: Live Dive with IAIN DAVIS Click Here for the … Read more

Please confirm you want to block this member.

You will no longer be able to:

Please allow a few minutes for this process to complete.

You have already reported this .